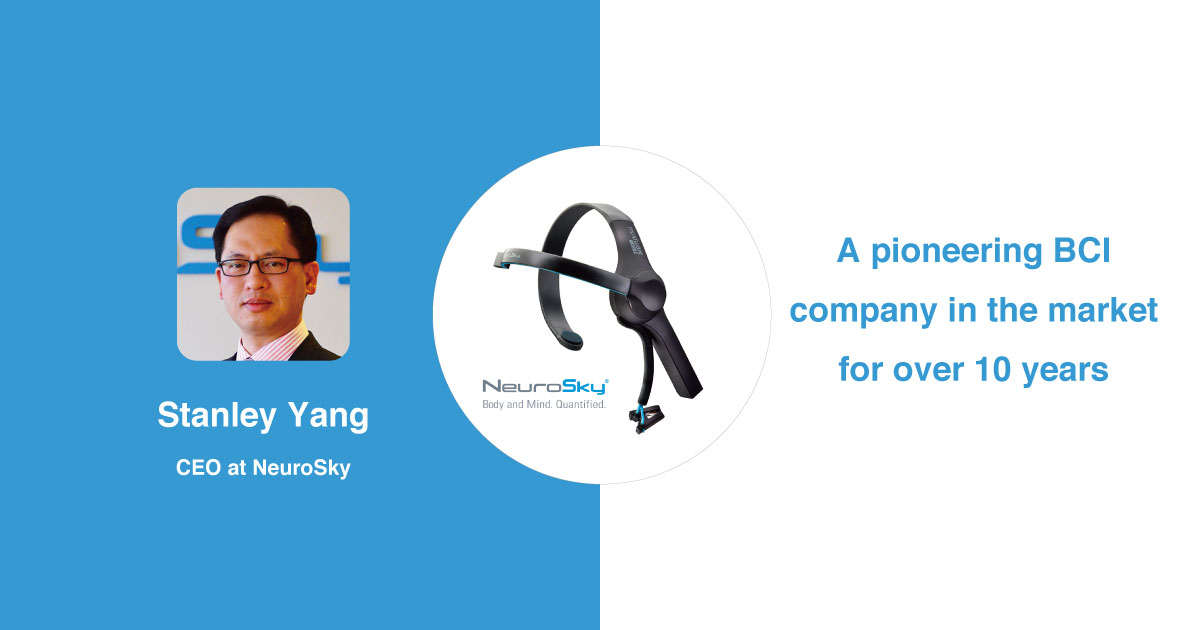 Consumer Brain-Computer Interface has been attracting attention in recent years, but how long have we had consumer BCI in our hands?

Although BCIs have been around for more than 30 years, the turning point for consumer BCIs dates back more than 20 years. Research in invasive BCIs was rapidly accelerating in the mid-1990s. Cyberkinetics, founded in 2001 by a team of researchers from Brown University, provided the world's first consumer BCI, "NeuroPort," two years after its establishment, enabling users to monitor their activity of the nervous system.

When "NeuroPort" and other early BCIs hit the consumer market, many devices never gained any traction. Yet, one pioneering company was able to deliver a non-invasive BCI device that would establish the consumer BCI market for the coming years. That company is NeuroSky, led by Stanley Yang, who joined us for this interview.

We had the opportunity to talk with Stanley Yang, the CEO of NeuroSky, about the history and future of the company: how they developed the market, and what their strategy is as a pioneering company in recent years under intense competition.

Yang, who studied electrical engineering at UC Berkeley, has a talent for building gadgets, and in 1997 he founded Triscend, a provider of chips including microprocessors, and the company was acquired by Xilinx in 2004. Later, he joined NeuroSky with JongJin Lim and KooHyoung Lee, who founded the company in Silicon Valley that same year.

In 2009, NeuroSky collaborated with two companies, Mattel to launch Mindflex, a toy that uses brain waves to control a ball in a maze, and Uncle Milton to launch Star Wars Science Force Trainer, a game that allows users to experience the Star Wars "Force". As a manufacturer of these devices, the company was active as an OEM. Based on those findings and experiences, the company then started offering a BCI called Mindset, along with a game called "Neuroboy" that allows users to move objects with brain waves.

Currently, the company not only offers consumer EEG devices that can be purchased from $100 but also provides SDK kits for developers free of charge. The company is also in the business of selling the chips, which is their core technology, to a number of BCI companies.

In addition, the company is expanding their business from the U.S. to Europe and Asia, and has raised more than $30 million dollars to date.

There is no doubt that NeuroSky's devices, along with exciting applications and gamas that popularized BCIs to consumers in the 2000s.

Yang told me that it took a lot of hard work to install the concept of BCI in people as most people had never heard of "brain waves."

At that time, if I asked people to use brainwave technology, or product, nobody knew what it was. Although the medical industry measured brainwaves, the general consumer had no idea how or why they should use a product to measure brainwaves.

How did Yang and the team at NeuroSky approach educating the general public about "brain waves" and developing the consumer BCI market?

As a breakthrough, they "trained the market" by offering a toy that people were familiar with: the Force from Star Wars.

At that time, it was very difficult to convince customers to use a brainwave measuring product without obvious applications. That's why we went with "Star Wars" because they have the force that many people are familiar with.

“The Force” replaced “brainwaves”. Then they became curious because everybody knew the force is not real. People investigated the technology behind the Force Trainer and found NeuroSky's Brainwave EEG technology. That's called “training the market” ... We spent a lot of effort in training the market because we had to make people accept and understand our product. Many companies with great products failed to train the market and to make people understand their products. ... It took a lot of effort to build products. Thanks to “training the market”, we have been successful over the last 10 ~ 15 years in introducing our technology to the general public.

Making "market training" the first step is the key to success, Yang said.

After many of these trainings, you can use the technology to do more things and then you can make revenue and money. ... For example, I have the original iPhone. In the beginning, just four apps on the screen for a while, but now they have billions of apps. So at that time, they needed to train the market to understand the concept that "this is an app". ... Even big companies can fail when they have new products. It's not because the technology is not good, or the idea is not good, or the application is not good. I've seen them fail because they fail to train the market. So, that's very important. If you have a brand new idea or product, nobody's seen it, so you have to train the market to accept it at first.

Providing devices in education and selling chips. What are the use cases?

NeuroSky has succeeded in training the market. Now, how should they continue to broaden their reach to a wider audience?

Yang answered that providing good applications with a purpose is important.

NeuroSky's focus now is on educational and industrial areas, providing devices not only for end-users but also for organizations and businesses.

We are now very popular in some kind of practical application such as schools and gyms around the world that use a headset for education. Also, many construction companies around the world are now using our brainwave technology in the workers' helmets to monitor if they are in poor condition. It helps them prevent accidents and save their lives and save the company costs.

The BCI offered by NeuroSky has only one electrode, and its accuracy and range of use cases are limited compared to other BCIs such as those introduced in 5 featured startups in non-invasive BCI.

However, as an experienced leader in developing devices, NeuroSky provides their chips to other companies developing BCIs.

By providing the chip itself to companies working on BCI development, they are collaborating rather than competing, Yang explained.

We don't just sell devices to consumers. We build our own chips and we have many collaborations with companies. They sell devices with multi-channels, but we're not competing against them. So we actually have many applications through partners. There are so many of these technologies that already use our chips and platforms to build out.
So some of these products you mentioned are not our competitors. They're actually our customers. 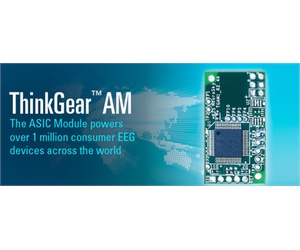 A platform company and a biosensor company. NeuroSky's expansion beyond EEG devices.

NeuroSky has a unique position in the field of Neurotech by developing and providing chips, so what does the future of NeuroSky look like?

Yang told me that they will continue to be a platform company first.

Apple has an app store for all the apps. So Apple focuses on building the phone. We build a brainwave technology platform, the hardware. We provide a platform just like the iPhone, and we don't let our business partners and our customers deploy their apps on their own. Their applications on are deployed on this platform.

In addition, he said that they will adapt the AI and hardware technologies that they have developed over the years, not only to EEG but also to biosensor chips. As an example, they have worked with the government to develop a smartwatch that detects COVID-19 symptoms.

We are not just providing brainwaves sensors, we also build basic biosensors. For example, we built a smartwatch. It much helps detect your conditions and then calculate the possibility that you have COVID. Now, we have another application in body sensors as well as watches. So we're now applying our base technology to other areas.

A special thanks to Stanley Yang, the founder of NeuroSky, for interviewing with us about NeuroSky, their history, strategy, and future.

Just as NeuroSky had a lot of trouble getting people to recognize the BCI when it was first launched, it is essential to train the market to provide people with technology that was once thought to be unfeasible. These lessons may be applicable beyond Neurotech, for social implementation of the latest technology in many other fields.